Summer stream flows have been designated as a "Vital Sign" of Puget Sound health by the state of Washington's Puget Sound Partnership. "Some seasonal variation is normal, but exceptionally low flows exacerbated by development that draws water away from streams in the summer can cause problems for salmon and people," according to the Partnership. "This Vital Sign helps us track the effects of climate change and variability on flows and whether or not management actions intended to reduce withdrawals and increase recharge in developed areas are working to restore summer flows." 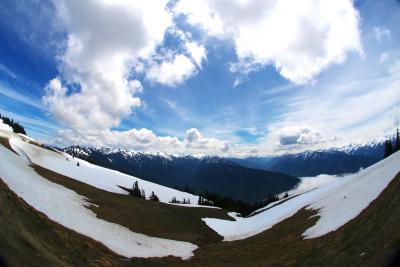 Climate models project that if carbon emmisions continue as they are now, the vast majority of watersheds feeding Puget Sound will receive more rain and far less snow by 2080, causing increased flooding and other dramatic changes to the freshwater ecosystem. We look at the past and possible future of the region's snowpack and what this might mean for salmon and other species — including humans. 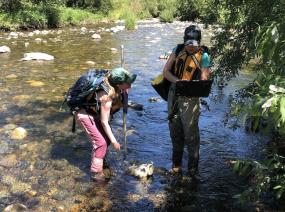 Taking the temperature of salmon

A 2015 report from the University of Washington provides the most comprehensive assessment to date of the expected impacts of climate change on the Puget Sound region.