Marine debris injures and kills marine life, interferes with navigation safety, and poses a threat to human health. Our oceans and waterways are polluted with a wide variety of marine debris ranging from soda cans and plastic bags to derelict fishing gear and abandoned vessels.

Marine debris is defined as any persistent solid material that is manufactured or processed and directly or indirectly, intentionally or unintentionally, disposed of or abandoned into the marine environment or the Great Lakes.

Today, there is no place on Earth immune to this problem. A majority of the trash and debris that covers our beaches comes from storm drains and sewers, as well as from shoreline and recreational activities such as picnicking and beachgoing. Abandoned or discarded fishing gear is also a major problem because this trash can entangle, injure, maim, and drown marine wildlife and damage property. 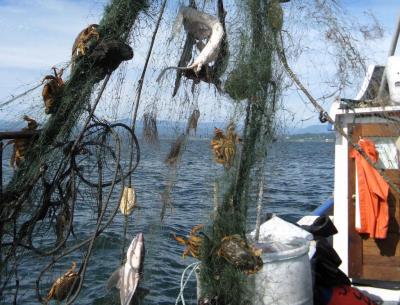 New technology is helping to remove deadly “ghost nets” that have been lost in the depths of Puget Sound. It is part of an effort that saves millions of animals every year, but managers say better reporting of these lost nets by fishermen is still needed.

After a dry early summer followed by more than expected rain, rivers mostly remained lower than in 2018. In October air temperatures dropped, but water temperatures remained warm enough for spawning anchovies in South and Central Sound and herring and salmon optimal growth in Whidbey Basin. By the end of October many red-brown blooms vanished, yet the waters of South Sound are still green, adorned with rafts of organic debris in many places. Read what happened the year before in the Puget Sound Marine Waters 2018 Overview. 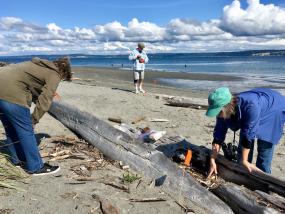 Tracking the trash: Inside a marine debris survey

Volunteer researchers are tracking the plastic and other debris washing up on Puget Sound's beaches. They hope the data can be used to protect sea creatures from the growing amounts of trash littering the world's oceans. [A version of this article first appeared in the COASST blog.] 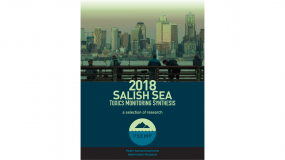 A 2019 report from the Puget Sound Ecosystem Monitoring Program presents an overview of selected recent monitoring and research activities focused on toxic contaminants in the Salish Sea. 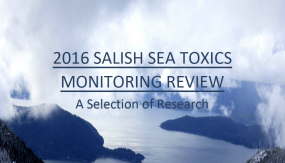 A 2017 report from the Puget Sound Ecosystem Monitoring Program presents an overview of selected recent monitoring and research activities focused on toxic contaminants in the Salish Sea. 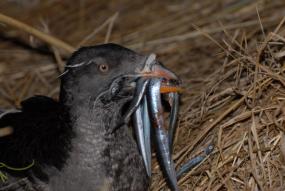 Sand lance in parts of British Columbia are ingesting small pieces of plastic that may be passed through the food web.