Sound is the most efficient means of communicating underwater. Unlike light, which is filtered from the water column within tens of meters, sound has the ability to travel around the world. Marine mammals and other aquatic animals have evolved over millions of years to use underwater sound as a primary means of communicating and assessing their environment. Sound plays an essential role in various critical activities like breeding, foraging, maintaining social structure, and avoiding predators.

The efficiency with which sound travels underwater has also led to increasing concern over the potential impacts of man-made sound introduced into the oceans. Since the beginning of the industrial age, man has introduced increasing amounts of sound into the world's oceans from wide ranging activities (e.g. noise from global shipping, oil and gas exploration, construction activity, naval exercises). Potential effects of these sounds may range over wide spatial [areas], from the immediate vicinity of the activity to across ocean basins, and temporal scales, with both chronic effects, where background sound levels are increased over long periods of time, and acute impacts, where shorter duration, intense sounds may alter the behavior and/or health of individuals in the short term. 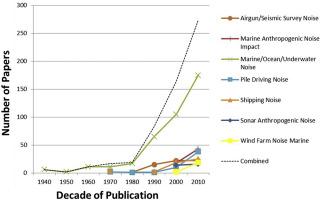 A 2015 review in Ocean & Coastal Management looks at trends in research related to anthropogenic noise and its affect on a wide variety of marine organisms, from whales and fish to invertebrates. The review includes case studies from the Salish Sea. 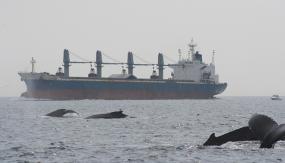 A key to quieter seas: Half of ship noise comes from 15% of the fleet

A 2017 article in the online journal Authorea reports that a comparatively small portion of ships produce much of the ocean's underwater noise. 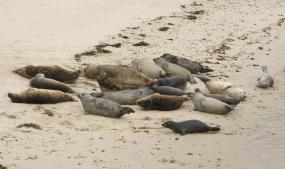 Vessel traffic is increasing in the Puget Sound region. A 2017 article in the journal Aquatic Mammals looks at the potential impacts that increasing vessel disturbance may have on resident harbor seal populations and how future management decisions may need to look at variable buffer zones related to level of human activity. 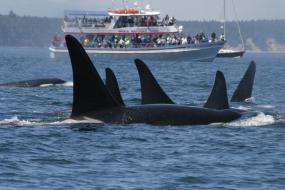 Scientists are realizing that underwater noise in the Salish Sea affects a broad range of species, even plankton. Read a Q & A with the organizers of the session 'From plankton to whales: underwater noise and its impacts on marine life.' 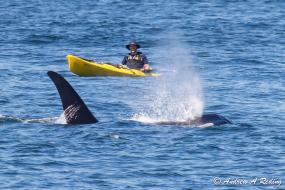 Stimulus-dependent response to disturbance affecting the activity of killer whales

A 2015 paper presented to the International Whaling Commission compares the impacts of kayaks and powerboats on killer whale populations. 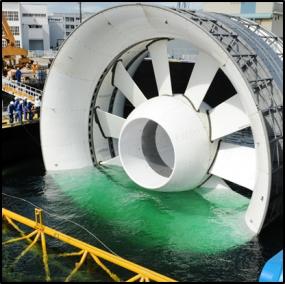 Scientists have identified the strong underwater currents of Puget Sound's Admiralty Inlet as a potential source of electricity for nearby utilities. The following article describes some of the basic principles and mechanisms of tidal energy. 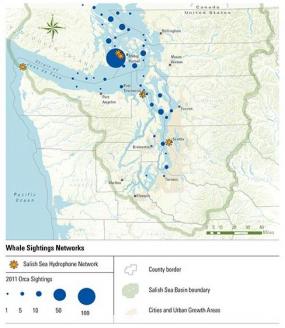 The Salish Sea Hydrophone Network and Orca Network are two citizen science projects dedicated to furthering our understanding of abundance, distribution, behavior, and habitat use by the endangered population of Southern Resident Killer Whales, also called orcas. The Hydrophone Network lets the public listen for orcas through their computers and phones, while the Orca Network gathers and disseminates sightings of orcas as they move between Puget Sound, the Fraser River, and the Pacific Ocean. 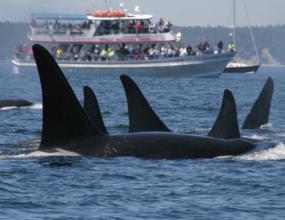 In December 2013 NOAA released what it classifies as a "Highly Influential Scientific Assessment" of the effects of anthropogenic sound on marine mammals. The comment period on the draft assessment extends until March 13, 2014. 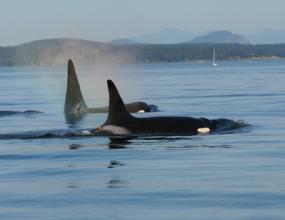 A 2013 article in the journal Animal Conservation compares the effects of increasing anthropogenic noise to habitat loss for endangered fin, humpback and killer whales in the Salish Sea.